“Our fatal mistake is waiting to be motivated before we take action. Action motivates.”  –Kyle Eschenroeder, The Pocket Guide to Action

If there is one thing I have learned recently, it is that having a vague motivation to do great things in life rarely gets anyone anywhere.  We all daydream of heroic exploits and globe-spanning journeys.  Meanwhile, some people actually do them.  They redefine what it means to insatiably seek out adventure.  They don’t rest from the moment the idea is hatched to the moment the task is completed.  The mountains call their names.  They answer.  The open road is a winding ribbon that begins at their front door.  Their backpack is packed before they know where that road leads.  Now is the time for them to go for it.  Not tomorrow.  Not next week.

My next blog post following this one will tell the story of Daniel Burton, a software engineer who suddenly became obsessed with aiming to be the first man to bike to the South Pole.  He embodies this sentiment.

Moving from the shimmering mirage of a hopeful adventure to taking practical steps is hard to do successfully.  While the decision to act now is the single most important step to take, it rolls a dangerous pair of dice.  Motivated people don’t get a free pass in overcoming the odds through sheer determination.

Instead, there are tools that bridge the gap between the hype of motivation and the practicality needed for accomplishment.   There are two organizations that I want to talk about here that provide the resources that you could use right now to bike across the country.  Aside from a bike and the necessary food rations, they are the two most important resources to help you along your trip.  These two tools are warmshowers.org and the Adventure Cycling Association.  With them, ordinary people are travelling long distances on bike with little to no prior experience.

Previously, I wrote a post about a young man who was traveling solo on his bike from Key West to Toronto.  He found us on a website called warmshowers.org where my brother and I are listed as hosts. The site was founded for cyclists on bike routes across America to have access to willing hosts that could provide a patch of grass to pitch a tent and a warm shower at the bare minimum.  The strength of the site is in its network.  As more and more hosts are willing to lay out an air mattress in their front room for the occasional traveler, the dots of homes connect the cycling community.  Recently, we hosted a couple, Brendan and Lindsay Szewczyk, as they were continuing on their cross-country trek from Virginia Beach to the Pacific Ocean.

“Three weeks ago, I couldn’t have imagined where my bicycle would take me. We left Pittsburgh with no training or expertise, both of us fantastically out of shape with no planned route and only a vague idea of where we wanted to go.”

This is where the Adventure Cycling Association comes into play, their maps highlight cycling routes all over the United States.  The maps come with insights about camping locations, mileages, elevation profiles, and even a weather chart with the average monthly rainfall and mean temperatures for points along the route.  They are an all-included package for knowing where you are going.  We’ve used one of their maps on our 2016 Colorado Trip.  The Szewczyks are following one such map for a route across America.

By combining these maps and the Warm Showers website, the task of covering large distances on bicycle is easier to compact into a step-by-step guide.  They enable you to take on your dream as soon as your bike and gear are packed.  The gap between inspiration and accomplishment closes.

If you’re passionate about something, start doing it now.  If you don’t feel ready, don’t look for excuses.  Instead, look for aids to help get you there. 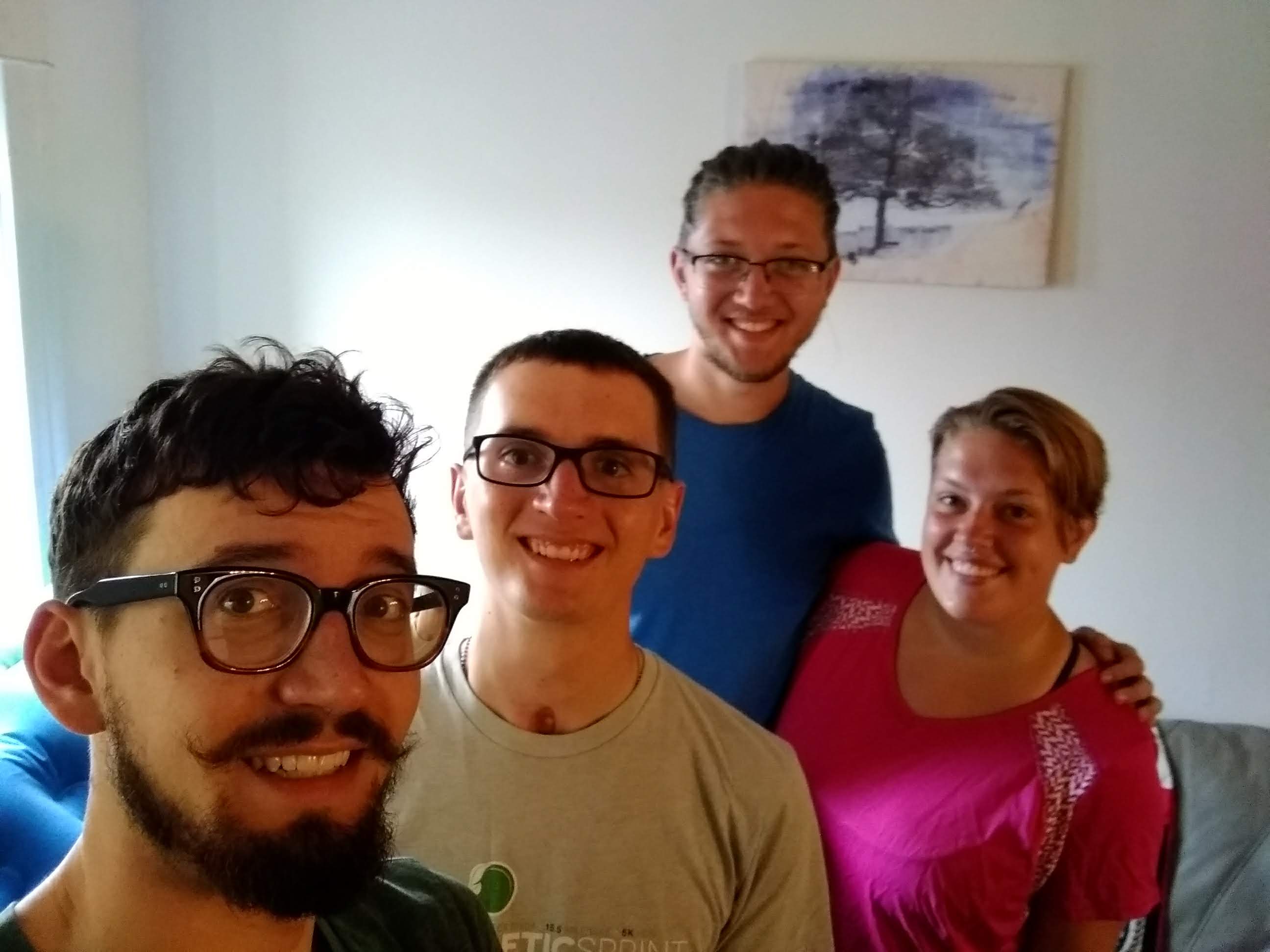